Gysin’s Dreamachine gets a science makeover and travels from the counterculture into UK mainstream respectability, at least for a while. 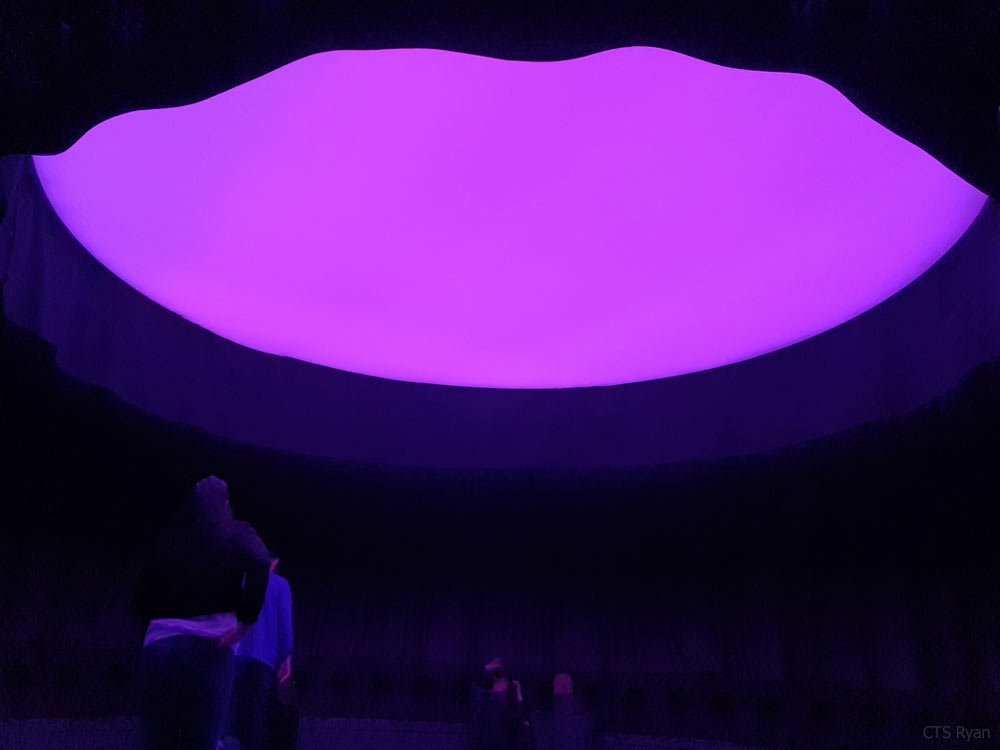 Pictured: Inside the immersive Dreamachine in Woolwich, London

It’s been twelve years since a Dreamachine last flickered into life at a popular Wellcome Collection exhibition in central London. On display was the cylindrical device, familiar to many as a design by artist Brion Gysin.

The new immersive Dreamachine – a room with fixed lights – can be viewed at sites around the UK from May – September 2022. The artists claim to be inspired by Gysin’s device, but they’ve reimagined it as a collective experience at larger scale, with updated technology. 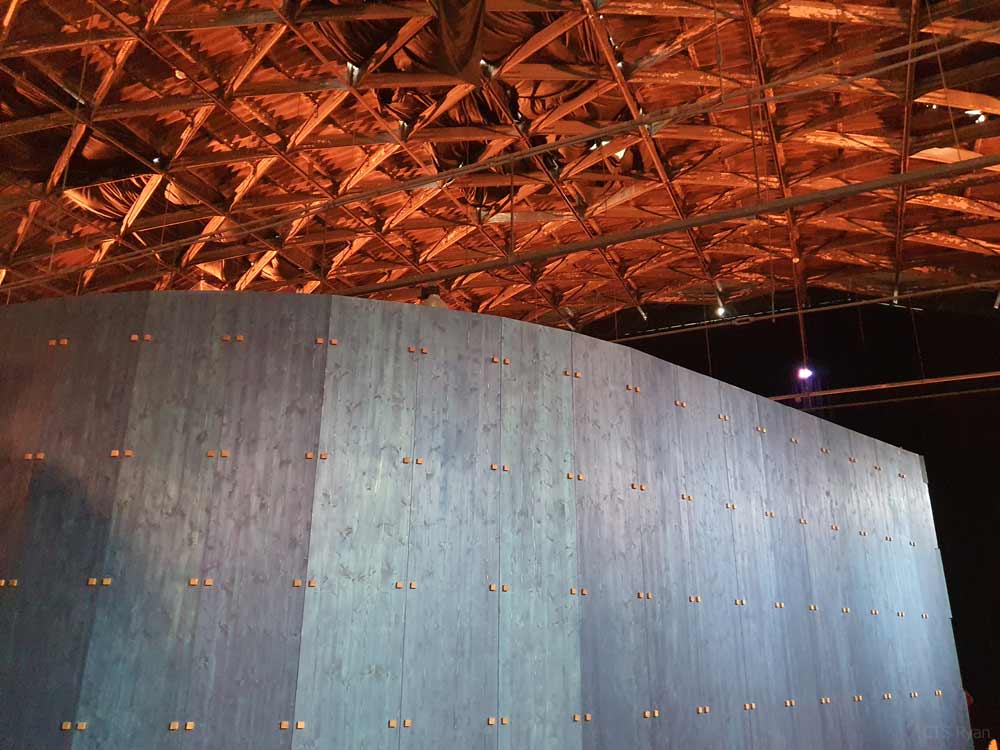 This version of the Dreamachine is presented by Unboxed, the rebranded “Festival of Brexit”. Gysin would surely have been amused that the funding to promote the Dreamachine to its largest-ever audience arrived via Brexit. Much of the Brexit Leave campaign stressed the importance of closing minds and borders, of dismissing experts and replacing complexity with populist certainty. But the Dreamachine undermines “common sense” and encourages self-reflection. The information boards that accompany the new Dreamachine display important messages for a divided country. They highlight diversity and exploration: “Just as we all have different bodies, our world is teeming with all kinds of minds. Perhaps this insight can spark new conversations that will help us value both our similarities and differences, and the ways we are all connected.”

Interviewed by New Scientist about the Dreamachine, consciousness researcher Anil Seth said: “this recognition of diversity has potentially pretty significant consequences for how we operate in society. We all connect with each other on the basis of the assumption that we see the same world, but we don’t necessarily see the same world and understanding these differences can be a catalyst for better communication between people.”

But never fear, Brexiteers, when I visited, at least two participants remarked that they saw Union Jack flag patterns beneath their closed eyelids. 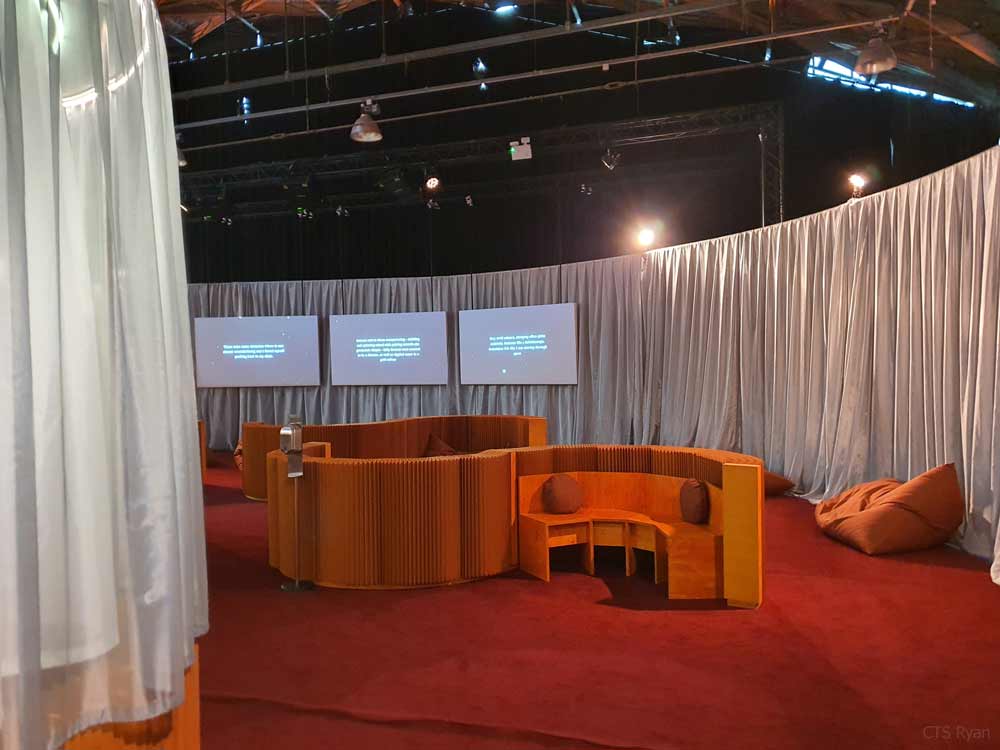 Pictured: An area for self evaluation and reflection

While Gysin’s device was mixed up with drugs, mysticism and the occult, the new machine’s being propelled to a wider audience via the anti-bacterial surfaces of science messaging. Serious scientists are involved, and there’s a Dreamachine Schools programme. For adults, there’s a Perception Census. Launching in June, “it’s the largest scientific research project of its kind, exploring your senses and the similarities and differences in how people perceive the world”.

The web and mass participation are a good fit with the Dreamachine. It poses so many questions with potentially interesting answers. What are the patterns? Why do some people see similar visions? What does it all mean? 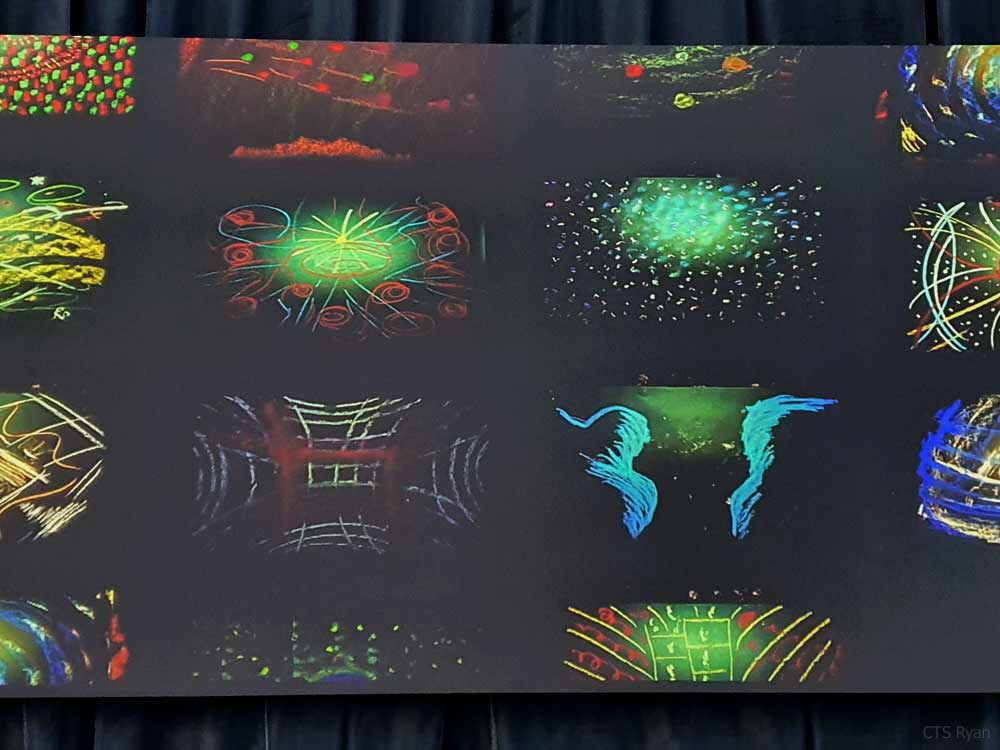 Pictured: Drawings by participants of what they saw beneath their closed eyelids while using the Dreamachine

The entire experience has been carefully designed. Safety is forefront, with multiple warnings on the booking website and at the venue about the dangers of flickering lights.

Instead of staring into a spinning cylinder, we are placed within the machine. A small group of us sit in a darkened circular room, where an attendant explains what will happen and leads the breathing exercises. Each of us sit between two speakers.

Eyes closed, the white flashing lights begin. I see patterns. Crosses emerge, and honeycomb-like structures. Perhaps three small figures dash to the right, but I may have drifted off. At one point I could see infinite rafters in a large dark hall.

The music surges, and the lights fade. We walk to an area where we’re encouraged to evaluate what we’ve just experienced. Some of us draw what we’ve seen, others use tablets to find out more and to record their thoughts.

I found it fascinating, other participants said relaxing and blissful. An hour flew by.